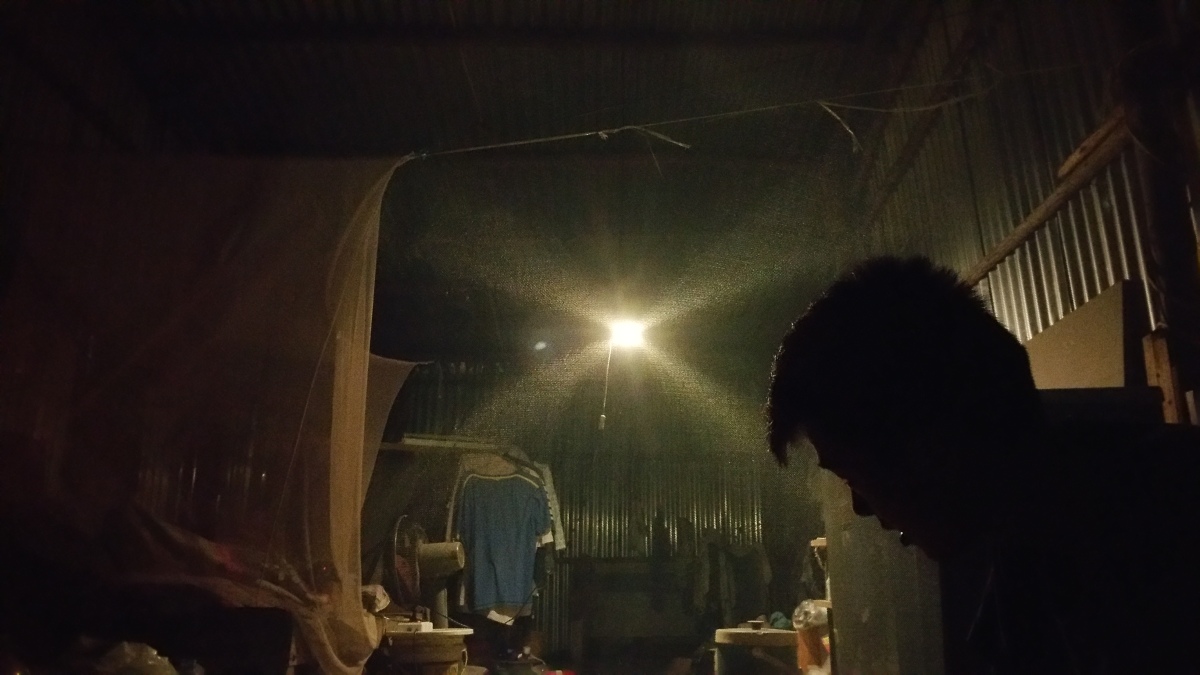 “He looked up and with his dying breath, he asked, ‘Is this what it feels like to love?'”

I was a different man when we first met.

It fascinates me, the things you do when you’re in pain. The thoughts you think, the things you feel, the person you become. For me, I turned into a monster. Why did you have to do that to me? If you didn’t, you might not have had to see my worst side.

I was a different man. But so were you.

The man you met was never enough for you. Not just never enough, but shameful. Unwanted. Mai Ow.

I still remember your charcoal-tinted hands you used to wave me off in dismissal after failing your persistent pop quizzes of patience. I remember the missing finger you used to point at me in disgust, as if I was one of the cat-piss stains you never bothered to clean up. Or your blackened palms, still soiled from the previous day. Some stains don’t wash off, I suppose.

I remember your cloudy eyes, that icy-cold glare you cast on me whenever I made a mistake. Eyes that saw me as a useless screw-up, a lost cause. Eyes that could only see my ugliness. You were a cripple but in your eyes, I was below you. Even as we parted ways, your cloudy eyes followed me still.

After a while, I stopped asking “What did I do wrong?” and started asking “What was wrong with me?”. I figured that you asked that same question yourself.

In my storybook, I called you my long-lost childhood oppressor, my forgotten persecutor.

And so we met again.

The Trek never ended for me. The demons followed me home.

It was easy to blend in with the locals because I could pass off as Thai but I didn’t have to look very deep to know that I did not belong here. I became hyperaware of the fact that I was an outsider.

Then I came “home”.
But as soon as I got back, I immediately noticed something felt wrong. Dangerously wrong. An unsettling, slow-burning frenzy was simmering inside me.

I thought it was all over but I realized that even as I returned to my family and loved ones, I still felt like a stranger. A foreigner to my own people. Blending in, yet out of place.

Even as I arrived in my native land, I still felt like a farang. Lost. Looking for directions.

I skipped class, I skipped meals… I skipped a lot of things in life. I escaped to faraway cities and mirages of home. I ran to relationships and people, illusions of love, only to run the opposite direction. I ran to my memories, even memories of you. At least that pain was familiar.

I ran away from my best friends because I could not confront the prospect that even in a place I called home, I did not belong.

Maybe you were right. Maybe I don’t belong anywhere because I’m a mistake in this world anyways. A stain.

Maybe I’ll always be a farang.

Why didn’t I just leave?

When the centipede mauled my leg and sent me hobbling to the hospital, why didn’t I leave? That was my chance to bail, the most compelling reason I could present to my leaders.

I thought about that as the nurses injected dose after dose of anesthetics into my leg in the emergency room.

This is my opportunity. I could quietly exit from your life before you kicked me out yourself. I could leave before I saw the person you could become. But I didn’t.

Was it really worth it?

When you robbed me of my dignity,
When you called me stupid,
When you kicked me out of your house,
When debilitating bouts of depression highjacked my life,
When I picked up the phone to call in for professional help,
When I would shake in my bed because the loneliness kept me up at night,
When I fantasized about buying a pocketknife because my roommates’ scissors were not sharp enough,

I asked myself, was it really worth it?

I remember writing in my journal, “Is this what it feels like to die?”

I did not know how to live anymore. I had nothing.

After a while, I stopped praying for you. God tells us to pray for our persecutors but that sort of prayer escaped my understanding. It hurt too much and I had enough blood to clean up, so I stopped doing it.

I’m a different man now than when we first met.

I became a stranger, even to myself. I wonder if you would have even recognized me.

I’ve been through so much. I came back from Thailand with my heart shattered and it has been a patient, arduous process of picking up the shards. Sometimes, I’d accidentally cut myself, drop a couple pieces, and start over again. Jesus is helping me piece everything back together but it’s like building a house of cards. One wrong move.

After a while, we started to get the hang of it. I became more and more comfortable with the person I was becoming. Even if it missed some pieces from the person before all this.

Waking up in the morning became more of the thing I actually wanted to do.

Those were some of the darkest times of my life but despite all that, I met the slow-moving God.

And she was beautiful.

Last week, I prayed for you for the first time in months.

I was sitting in a coffeeshop, my mind adrift in a state of caffeinated rumination. I started journaling about my loneliness, giving language to some of the painful thoughts that still echoed in my mind every now and then.

“I am alone.
I am too slow. People have left me behind. Abandoned me.”

Then added, “– said an elderly, yet childish Thai man living in Bang Na.“

“Oh look. We have matching scars. Who would have ever thought.”

And just like that, you made your rudely unwelcome cameo back into my life.

What are you doing here?

I felt my heart pick up its pace. And it was not the caffeine.

Months ago, I purposefully removed our group picture from my desktop slideshow but this was no photographic memory to forget. Mental images flooded my thought space like pop-up spam.

But something was… off-center.

You didn’t look the same.

I saw your charcoal-tinted hands.
Hardened from years of playing with fire and getting burned. Your missing finger, still itching you as if a cruel joke from the gods to remind you of the people who are now nothing but phantom limbs in your life. I saw your stained hands, dressed with thickened skin as calloused as your heart.

I wondered how much pain it took to kill a nerve.

I wondered which kept you up at night more, the sleep apnea or the loneliness.

I saw your hunched-over posture, carefully balanced over disabled, crossed legs. I thought about the distance I’ve covered trying to escape life and how stuck you must feel. I thought about how even as one is crippled, his heart can run so far.

It gently nudged me, in the moment, the reason why I didn’t leave you, even when I could. Because enough people had left you already. Because you had seen far more untimely goodbyes than any human heart should ever see. So I stayed, even if that meant giving you the upper-hand to disown me when the end came.

I wanted you to meet the slow-moving God that I met in your home country who waited for me. I wanted you to know that there’s someone out there who will never leave you behind.

You didn’t change. My vision did.
I didn’t see a different man, I saw a man differently.

I saw a man who pulled people in because he wanted them so desperately, but pushed them away when he needed them the most. A man who asked for visitors to keep him company and numb the loneliness for a brief summer, only to abuse them. A man who being a farang in his own home was his reality.

I didn’t just see a man who hurt, but a hurt man.

I’m a different man now than when we first met.

Because you changed me.

I’m the man you were supposed to meet in the summer, the man who loves you.

I know you will never hear me say this but,
I forgive you, Daa.

This is the conversation I wish we could have had before we said goodbye.

Six months and twelve days after I leave Thailand, I can finally say that the Trek is over. The last order of unfinished business.

I can see gold streaks tracing my scars.

I can see that all this time, God had been performing the art of kintsugi on my soul.

“Forgiveness is like a dying man breathing his last and finding the face of God.”

Read the Kid, part one and part two.